The Odisha Government on Saturday launches an awareness campaign through social and conventional media to tackle the WannaCry threat.

The Electronics and IT Department starts a toll-free number for people to seek assistance. Anyone can contact on 1800-345-6770 for help between 10 AM to 5 PM. You can visit Odisha govt’s website http://it.odisha.gov.in/ for more help.

In a move to prevent the recent Ransomware attack WannaCry, the Odisha Government has decided to take help of social media to create awareness. Other than this, advertisements released in print media so that people will be able to understand the advisory released by the State IT department easily.

So far, three ransomware attacks have been detected in the State. The Crime Branch of Odisha Police has taken over two cases for which FIR with local police was lodged. “There is not much to panic about it. We are taking all preventive measures to contain the spread,” Behera said.

In the third case at Utkal Gramya Bank at Titlagarh, the bank officials had taken a data backup in an external disk which meant there was no loss of information. No police case has been registered in this regard.

The department has also asked all the districts to furnish a status report on computer systems used at different offices by the line departments. 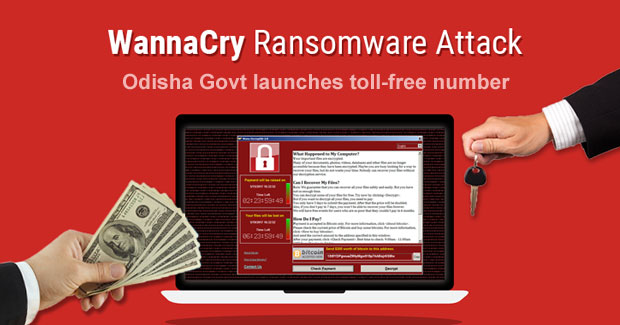