With smartphone becoming a necessity rather than a luxury, Bhubaneswar Municipal Corporation authorities have started using the WhatsApp tool for a faster and effective civic administration.

Commissioner of the corporation Krishan Kumar has created a 20-member group on WhatsApp in October. In the past two months, this group has enabled ‘Team BMC’ to organise meetings, monitor sanitation activities and carry out eviction drives much faster than it used to happen in the past.

The commissioner updates pictures of damaged bus stops, garbage bins, parks and internal roads with messages for officials concerned on what should be done.

A senior civic official said: “We hold a meeting in the afternoon and by evening I get the agenda approved by the commissioner’s office. I will take a picture on my tab and upload it on our group, so that they can see it immediately and come prepared with their inputs. It is more convenient than e-mail.”

“We were very happy when President Pranab Mukherjee praised Bhubaneswar as the cleanest among the Tier-II cities in India in his speech at the golden jubilee celebrations of the Rama Devi Women’s Autonomous College on November 30. We already have a Facebook page on Clean India Campaign and now the WhatsApp tool has come handy,” Mishra said. 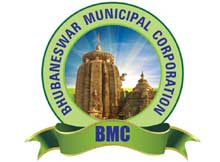 Sources said Bhubaneswar Municipal Corporation is working on a common app for people to interact with officials.