A woman claimed to be the biological mother of Satyam Roul (adopted son of Sarathi Baba) told in an exclusive interview that her son was innocent as he has been pampered by Sarathi.

He has no role to play in the Sarathian antics and nefarious activities when Sarathi alias Santosh Raul, his foster father, dictated all terms, she argued.

“The Baba has taken Sataym from me when he was only three-year-old. I gave birth Satyam. The claim of Baba that my son was created out of ash is a drama of fraud Sarathi,” said the woman.

She further argued that any son will like to lead an easy-go-lucky-way lifestyle when the father or guardian allows him to do so.

She also informed that she used keep in occasional touch with her son either over phone or physically outside the Barimul Ashram.

She averred that she was never a devotee or regular visitor nor had any inkling of the gaudy godman’s mysterious way of life. She was only satisfied to see that her son was well off, safe and sound as any mother would long for. 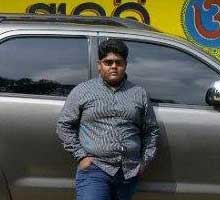 She maintained that her son is innocent and Sarathi is responsible for all immoral activities.

This interview was taken when Sarathi was on the second phase of Crime Branch remand and Satyam was evasive.