A 66-year-old woman in Odisha’s Cuttack district jumped into a well having a depth of 30 feet in order to save her three-year-old grandson.

According to reports, She is Pramila Rana of Charchika Temple Sahi in Banki area. Pramila’s grandson Saiprasad accidentally fell into a well yesterday evening while he was playing near it.

Neither wasting any further time nor seeking help from neighbours, she immediately jumped into the well and saved him from drowning by keeping him above the water level. The two were later rescued from the well by locals.

Pramila has earned accolades from many for her exemplary act of bravery. The condition of the woman and the child is currently stable. 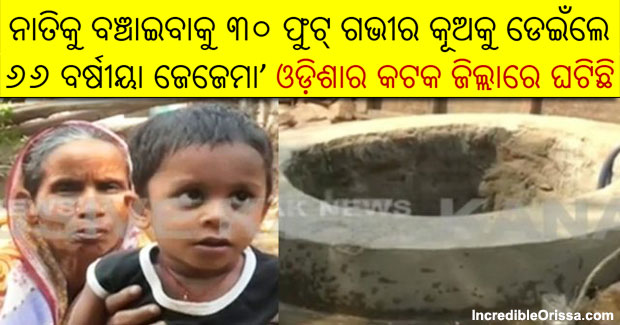