Odisha’s Bhitarkanika National Park has the distinction of housing 22 feet long crocodile, which is the world’s largest living saltwater crocodile as per Guinness Book of World Records.

The national park is home to 1665 estuarine crocodiles in creeks and water-bodies as per the 2015 census of these animals. At least three giant size crocodiles above 20 feet long were spotted during the annual enumeration operation.

Bhitarkanika Park officials claimed that adequate conservation measures by the state forest department have led to a systematic rise in the number of these reptiles over the years.

Significantly, salt water crocodile species are not found in any other river system in Odisha. 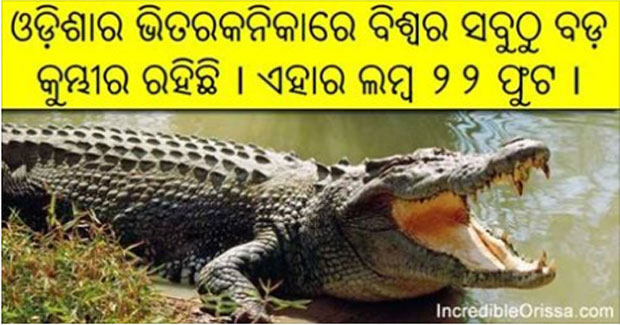