The Odisha state transport authority granted licence to Zoomcar India, a self-drive car rental service, ahead of the Men’s Hockey World Cup scheduled to begin next month in Bhubaneswar.

Though the Zoom Car India has introduced the service in November last year, it obtained the license now. A transport department official said that this was the first licence issued in the state under the “rent-a-cab scheme” under which anyone having a valid driving licence to drive light motor vehicles can hire a cab.

Transport commissioner Sanjeeb Panda said that the decision was taken keeping in mind the flow of foreign tourists to the state capital for the tournament. “The tourists can hire a car and drive it on their own which will be convenient for them. Such practice is quite popular in a number of foreign countries,” said Panda.

To hire a cab on rent, one has to download the app and upload the photographs of the driving licence and Aadhaar card for verification. After verification the person needs to pay Rs 5,000 as security money and Rs 70 as minimum recharge per hour for the cab.

“At present, we have five cars that will be increased to 50 by the time the world cup begins. All the vehicles are equipped with GPS system. We now have one hub at Patia and are also planning to come up with another at the airport,” said an official of Zoomcar. 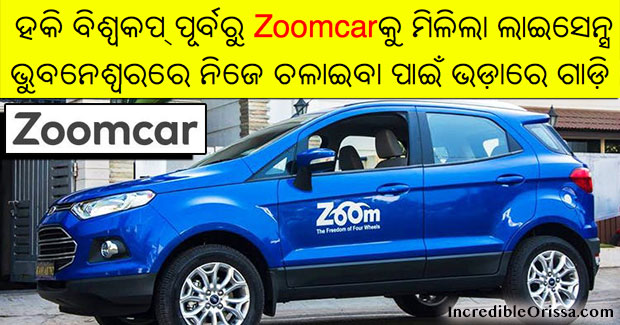