Krantidhara odia movie, directed by Himanshu Khatua nominated for Chennai Film Festival. It will be displayed in the panorama of Indian Cinema to be held in December.

Himanshu Khatua, who made award winning films like Sunya Swaroopa, Kathantara and Matira Bandhan, now has another reason to cheer.

“We have received an email from the festival director informing us that the movie has been selected for screening under the Indian Panorama section at the 12th edition of the festival. It is obviously encouraging for us,” he said.

Krantidhara, made under the banner of the Kadambini Media Pvt Ltd, is based on the story of Iti Samanta while Susanta Bahinipati has done cinematography and Ajay Mishra is the editor. 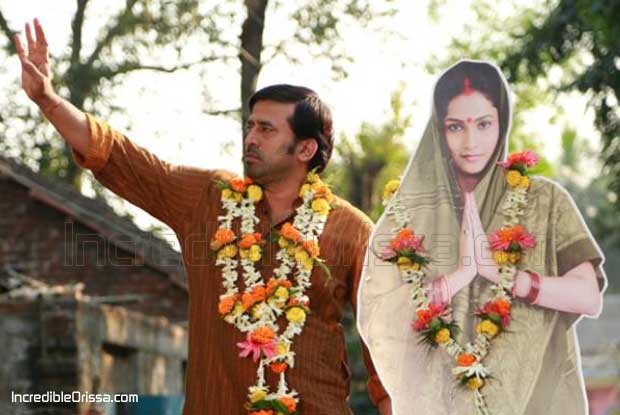 Krantidhara, the bilingual flick is based on the struggles of a woman who gets into politics and is trapped there. While actor Samaresh Routray and Gargi Mohanty are playing the leads in the flick, Debasish Patra and Pushpa Panda are essaying other major characters in the film.

“I am playing a very corrupt politician, who also gets his wife into politics for his own vested interests. But he gets stiff opposition from his wife for his wrongdoings. It is a very interesting movie and its selection for the Chennai International Film Festival is definitely an inspiration for the whole team,” Samaresh said.

Krantidhara (Coup de Grace) is the first Ollywood production to use 100% location sync sound and audience will find the original voices of the artists directly without dubbing voice.