Kingfisher Calendar 2016 is out and Odisha girl Sushrii Shreya Mishraa featured in it.

Sushrii can be seen not once but twice, for the month of February and July, in the calendar. In February, she can be seen all bright and sunny in Seychelles in a silver and yellow swimsuit.

Her next appearance in July is a contrast in black. Clad in a black bikini and black stilettos, Sushrii looks like a heavenly being. With a stunning background of dusk and a burst of colour reflected in the water, July is surely the best photograph in the calendar. 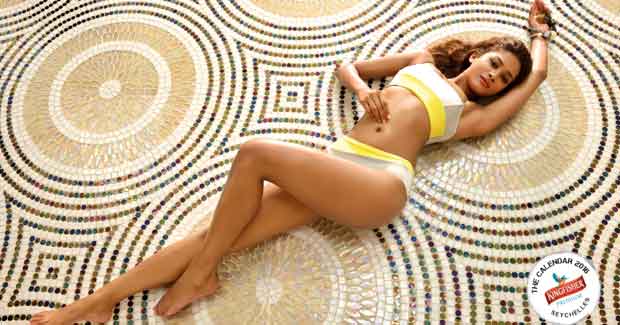 The Kingfisher Calendar is published by the United Breweries (UB) Group of India annually since 2003 and is considered the perfect break into the modelling world in India.