The Indian Meteorological Department (IMD) on Monday said a depression over the Bay of Bengal is likely to concentrate into a cyclonic storm during the next 48 hours.

The National Emergency Response Centre (NERC), under the Home ministry, has cautioned the Odisha government against a looming cyclonic storm in the next two to three days, official sources said.

The IMD said the well marked low pressure area over south-east and adjoining east-central Bay of Bengal concentrated into a depression and is very likely to intensify further into a Deep Depression during the next 24 hours and into a Cyclonic Storm during subsequent 24 hours. It is very likely to move north-westwards towards Odisha and adjoining north Andhra Pradesh coasts during the next 72 hours.

Under its impact, several parts of Odisha will receive heavy rainfall starting from 9 October. Fishermen have been advised not to venture into deep sea areas of the Bay of Bengal from 9-12 October as the sea condition would be rough.

It further predicted rainfall at most places with heavy to very heavy downpours at a few places and extremely heavy downpour at isolated places over coastal and adjoining interior Odisha on Thursday. 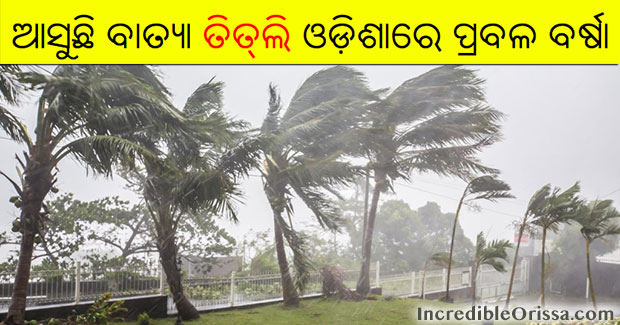