A mega cleanliness drive under the banner of ‘Mo Beach Puri clean-up’ initiative was organised on Puri beach to mark the International Coastal Cleanup Day.

The Puri administration claimed that it is the world’s largest coastal clean-up drive that aims to sensitise people about the importance of clean beaches. More than 10,000 volunteers participated in the drive at several places along the district coast.

The two-hour beach cleaning drive began at 6 am and continued till 8 am. Earlier, Chief Minister Naveen Patnaik, in a video message, said he is happy to note that Puri is hosting the world’s biggest coastal clean-up campaign.

The drive aims to popularise Mo-beach-Puri initiative, which intends to spread awareness among locals and tourists to keep the beach clean and litter-free. Clean beaches and sea would boost tourism and generate employment. 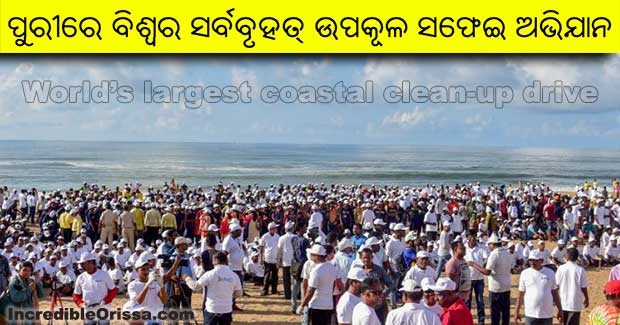