Girl students have excelled in all the three streams of arts, science and commerce in the + 3 examinations of Utkal University.

Utkal University Vice-Chancellor Ashok Das said the pass percent in the Arts stream was 87 while in the Science and Commerce streams, it was 85 and 90 respectively.

Girls topped in all the eight departments in arts, while they bagged five top positions among the nine that were up for grabs in the science stream.

A total of 4532 students took examination in the commerce stream and 90 per cent have cleared it. In science, 85 per cent of the 6971 students had passed. In arts there were 28966 examinees and 87 per cent have emerged successful.

The Plus 3 final year degree examinations were held in 341 degree colleges of the total 359 Plus Three Colleges that are affiliated to Utkal University from February 23. The remaining 18 colleges are autonomous. 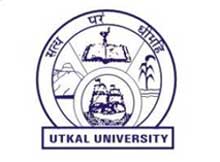 The VC announced that the Plus Three examination process would be digitised from next year and henceforth, students can collect their migration certificates from colleges and not Utkal University as was the practice before.