Airtel launched 4G trials exclusively for its customers in Odisha’s Twin City of Bhubaneswar and Cuttack on Tuesday.

As part of the trial offer, Airtel customers in Bhubaneswar and Cuttack can now avail a complimentary upgrade to Airtel 4G at 3G prices and experience blazing Airtel 4G speeds.

Bharti Airtel, the third largest mobile service provider globally with operations in 20 countries across Asia and Africa, will assimilate customer feedback from these early adopters and leverage the initial market response towards strengthening its 4G services in these cities, Airtel said in a statement.

Commenting on the launch of Airtel 4G trials in the city, Ravindra Singh Negi, CEO – West Bengal and Odisha, Bharti Airtel Limited said, “As customers in India show an increasing propensity for consuming data services, we at Airtel are excited to take the lead in introducing the market to the power of blazing 4G speeds.Today, as we launch Airtel 4G trials exclusively for our existing customers in Bhubaneswar and Cuttack, our customers in the city will be uniquely positioned to experience faster 4G speeds and wider network coverage – thus delivering a superior 4G experience. We are committed to building a world-class 4G network and we will seek feedback from our customers during this trial phase.” 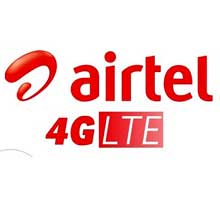 In the meanwhile, to counter Reliance Jio’s bid to capture the 4G services market with low-cost bundled handsets, telecom major Bharti Airtel is reportedly planning to launch Airtel-branded smartphones for Rs. 4,000 by October-November.