The National Geoscience Awards, formerly known as the National Mineral Awards, was instituted by the Ministry of Mines in 1966, to honour individuals and teams of scientists for their extraordinary achievements and outstanding contributions in fundamental and applied geosciences and mining and allied fields.

A total 33 scientists from across the country received the award. 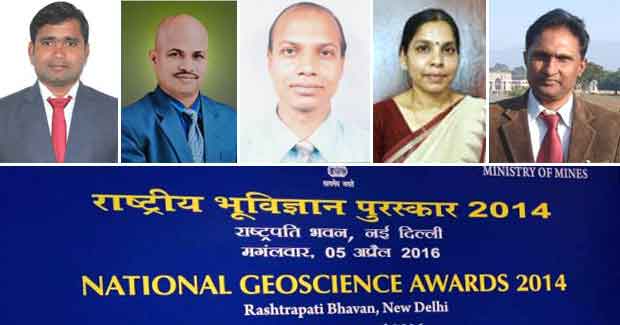