Hrithik Roshan’s upcoming Hindi movie, which is a biopic on Super 30 founder Anand Kumar, will be shot in Odisha. The film will be directed by Vikas Bahl.

According to sources, Hrithik was impressed with the storyline based on the powerful real-life story, which has also come out in books published in English, Hindi and other languages.

The female lead opposite Hrithik is not decided yet. “The script of the film is basically on Anand Kumar and his Super 30 students. We will accordingly choose the female cast,” said film producer Preeti Sinha.

As per the makers, some crucial parts of the Bollywood film will be shot in the state. Writer of the biopic Sanjeev Dutt said that the shooting of the movie will begin from January 15, 2018.

“People will be delighted to watch an acting superstar playing the role of an education superstar. The movie has a major schedule that will be shot in Odisha,” he added.

“We want to motivate students from Odisha through the movie. It will also enhance their self-confidence,” said director AB Singh of Aakash Institute that has a tie-up with the Super 30. 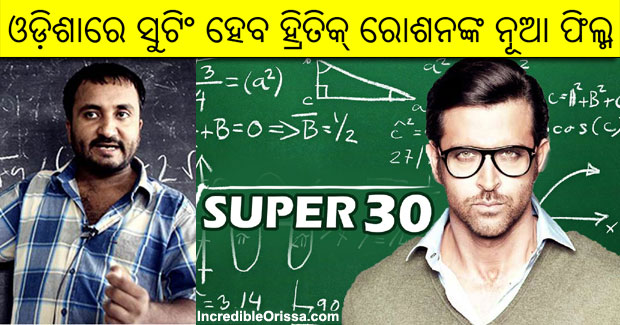