Bol Bol Bol Ranga Bol, a new Odia song on Holi festival is released in the voices of Sricharan Mohanty and Saranarabinda. It is released on Yogiraj Music.

The song ‘Bol Bol Bol Ranga Bol’ is a beautiful Holi number, sung and composed by Sricharan Mohanty and Saranarabinda and written by Prasanta Mishra. 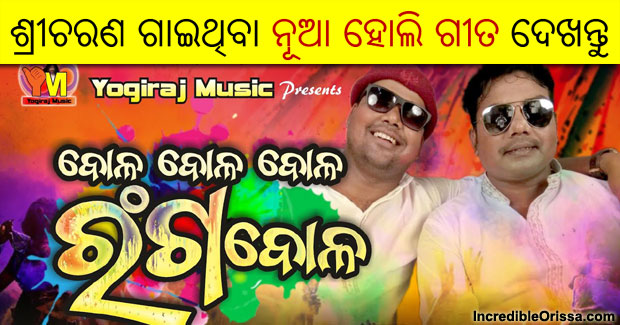