Pradhan said: “In the eighties, surveys were conducted in the Mahanadi basin and other areas to determine the presence of oil and natural gas. But they were abandoned due to various reasons. Now, the state government has decided to conduct fresh surveys and Rs 5,000 crore has been earmarked for it. Out of it, about Rs 100 crore will be spent in Odisha,” said Pradhan.

The procedure of the survey is to carry out blasts in the prospective areas by using dynamites and study the sound wave. “The data after the blast would be acquired, processed and interpreted by scientists. And if it is found that the patch has enough reserve or oil and natural gas, then exploration would be made,” said S.K. Bose, general manager of ONGC.

ONGC will conduct the survey of around 40,835 Line Kilo Meter (LKM) in onland part of 26 sedimentary basins in 18 states and union territories of India including Odisha’s Mahanadi basin, while OIL has been assigned to carry out the survey of 7,408 LKM in the state of Assam, Manipur, Arunachal Pradesh, Mizoram and Nagaland. The survey project will be completed by March, 2019.

Mahanadi basin has been chosen as the first location for the roll out of this national-level programme. The seismic survey of unapprised area in Mahanadi basin (Onland) will establish potential of hydrocarbon resources in the state, said oil minister Pradhan.

As many as 2,189 LKM of Bhadrak-Jajpur region and 341 LKM of Chilika area of the Mahanadi basin have been identified for the survey. It will primarily cover Keonjhar, Balasore, Bhadrak, Jajpur, Kendrapara, Mayurbhanj, Puri, Khurda and Ganjam districts of the state. 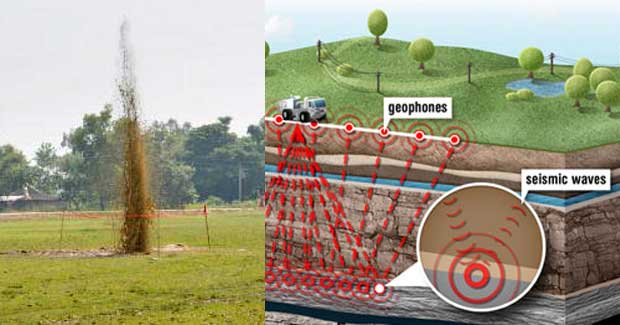