An eco-friendly power-generating bicycle that can meet a rural household’s electricity needs for 24 hours was unveiled in Uttarakhand.

After one hour of pedalling, the stationary bicycle can produce enough electricity to run a rural household for a day, including running lights, a small fan and charging a cell phone.

The bicycle, to be priced between Rs 12,000 and Rs 15,000 per unit, converts human mechanical energy into electricity. Depending on the usage, the device can provide up to 24 hours of electricity after an hour of peddling.

The bicycle, called ‘Free Electric’ is manufactured by Indian-American entrepreneur and philanthropist Manoj Bhargava saying it will prove to be a boon not only for the remote hill areas of the state but for people all over the country who dont have access to power.

Bhargava contends that the design of the device is so simple that anyone with a screwdriver and some basic tools can make any necessary repairs. It is this robustness that Bhargava believes sets the ‘Free Electric’ apart from alternatives like solar cells.

The bicycle is slated for distribution by March of next year and Bhargava believes there will be a demand for hundreds of thousands of units once the people get used to the benefits of the device. “You won’t have to pay the electricity bill and the only side-effect is that you get fitter,” quips Bhargava.

The vehicle, designed and developed in the US, will be produced in India under licence by companies chosen by Bhargava. 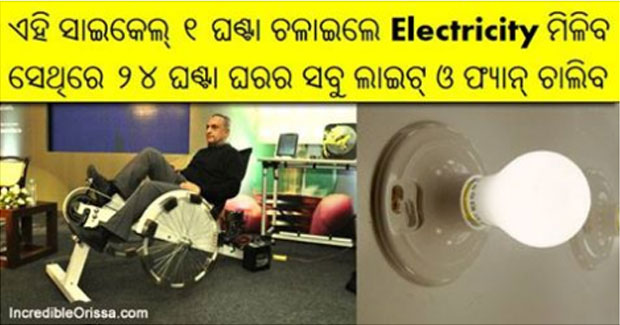