“A team from the global body will visit Bhitarkanika on November 3. We are hopeful that UNESCO will accord approval which will pave the way for the park becoming Odishas second World Heritage Site after Konarak Sun Temple,” Principal Chief Conservator of Forest (PCCF) Sidhanta Das said.

Accompanied by a four-member team of Wildlife Institute of India (WII), the IUCN would make an on-the-spot assessment of the bio-diversity of the unique mangrove eco-system. Before that, the evaluation mission would also meet senior officers of the State Administration and stakeholders at the ground level, Chief Wildlife Warden Sidhanta Das said.

This is a critical stage for the mangrove eco-system as it has been on the tentative list and a final selection depends on the assessment report of the technical evaluation team. The State Government has passed through the nomination stages. It had collaborated with WII for preparation of the Draft Nomination Dossier required for the assessment.

Initially, Chilika and Bhitarkanika were recommended for the WHS Nature Sites but eventually, Bhitarkanika made it to the nomination stages.

The IUCN team will reach Odisha on November 3. They will have a meeting with the top brass of the State Government, including the Chief Secretary. On November 4, the multi-stakeholder meet will be held in Kendrapara after which the team would visit different sites of the sanctuary for an independent assessment over four days.

DFO, Bhitarkanika Bimal Prasanna Acharya said the evaluation team will pick and choose the sites it wants to visit as part of the assessment.

Only seven natural sites out of 35 in India have been accorded the WHS status. In Odisha, Sun Temple at Konark is the only WHS site, but it is on the Cultural Site list. 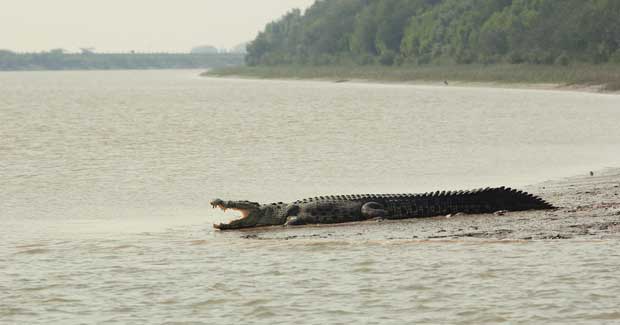