Dipsan Tirkey, another hockey player from Odisha has been named as the captain of junior Indian men’s hockey team for the upcoming EurAsia Cup in Russia and a six-match tour of England next month.

Hockey India today announced the 18-member squad led by 18-year-old Dipsan Tirkey from Sundargarh and Varun Kumar as vice-captain. Besides, Odisha’s Nilam Sanjeep Xess has also found a place in the team.

The EurAsia Cup will be held from July 9 in Yekatarinberg in Russia while the England tour kicks off on July 22. In the EurAsia Cup, the Indians will lock horns with two Russian clubs before heading for England for six matches against the hosts and Scotland.

Speaking at the announcement function, HI secretary general Md. Mushtaque Ahmad said, “As hosts of the junior World Cup, we want to give our team the best platform and preparation to bring glory to the country. Keeping that in mind, we have started the process early, and are initiating the boys into international hockey on these two back to back tours. I have full confidence they will come back enriched and make us proud of their performances.”

With the junior hockey World Cup in Lucknow due later this year, the team is set to get good exposure in Russia and England. 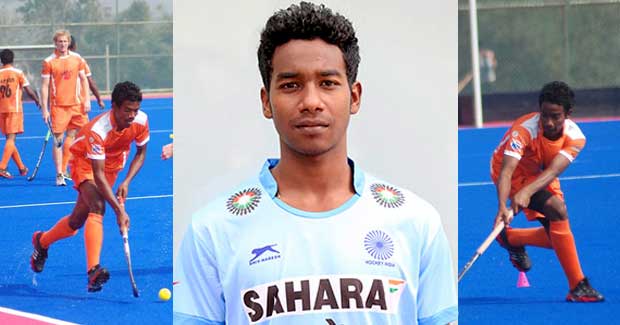