SpiceJet will launch direct flight services between Jharsuguda and Mumbai from March 28. This was informed by the Director of Veer Surendra Sai Airport, Sudesh Kumar Chauhan.

He said SpiceJet will operate its flight under the UDAN scheme. The airline will fly the Mumbai-Jharsuguda route with a Boeing.

The second-largest airline in the country in terms of the number of domestic passengers carried, SpiceJet had a market share of 13.6% as of March 2019.

Alliance Air will operate on the Jharsuguda-Varanasi route via Bhubaneswar from January 31.

At present, the Veer Surendra Sai Airport is connected to Delhi, Hyderabad, Kolkata, Raipur, and Bhubaneswar with direct flights. 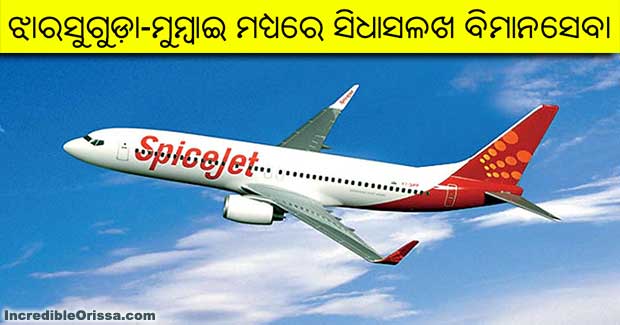