Odisha Chief Minister Naveen Patnaik announced the commencement of ‘KALIA Chhatra Bruti’, a scheme which will provide scholarships to the children of KALIA beneficiaries for higher education.

Addressing the farmers’ convention in Keonjhar, Patnaik said, “The KALIA scheme of State government is popular among all. The future of farmers depends upon the development of their children. I wish, your (farmers) children become doctors, engineers, lawyers and managers. Therefore, I am announcing the ‘KALIA Chhatra Bruti’ for your children.”

Under the scheme, the State Government will bear the educational expenses of the children of farmers (KALIA beneficiaries) who are pursuing professional courses in Government Colleges as per merit basis, official sources said.

ALSO READ: Rescued king cobra in Maharashtra sent back to Odisha via flight 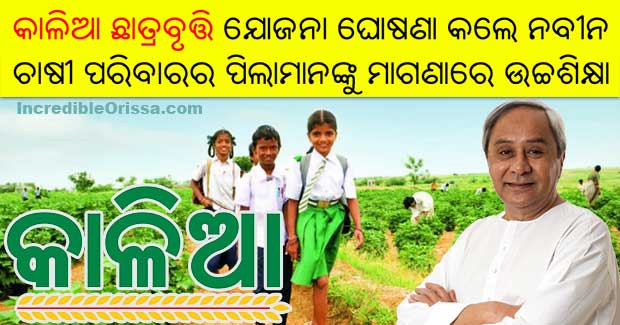