Odia actress Leslie Tripathy acted in upcoming Tamil Movie “Idhu Vedhalam Sollum Kathai”, scheduled to hit the big screens very soon. She will be seen in the character of Mohamaayini aka Moha.

The teaser was released few days ago. The 1:13 seconds teaser depicts the story of a secret society called Illuminati, a powerful organisation that’s been speculated to be controlling since 1700 years.

This is her second south-Indian movie, the first being a Telugu film named ‘Chusinodiki Chusinantha’. Leslie debuted in Bollywood in 2014 before turning to regional film industry. She had played a rape victim in W.

Bollywood actor Abhay Deol will be seen in the thriller, which will be his first Tamil movie. The powerful star cast includes Ashwin Kakumanu, Guru Somasundaram and Aishwarya Rajesh.

Abhay Deol – also the co-producer of the movie – plays the character of King Vikramaditya. Rathindran R Prasad directed film is touted to be a contemporary take on the Vedalam-Vikramaditya tale. 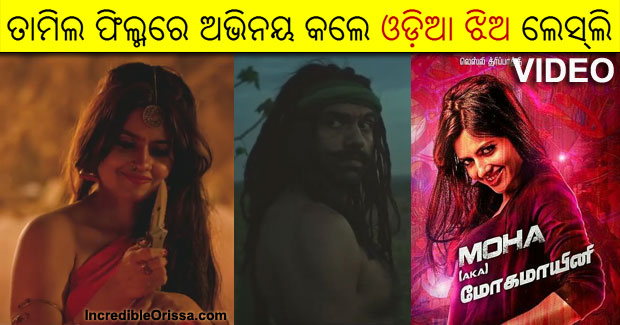