An Odisha boy has topped in the Jawaharlal Institute of Postgraduate Medical Education and Research (JIPMER) – 2017 MBBS entrance examination, the results of which were published recently.

Nipun Chandra of DAV Public School, Chandrasekharpur, became national topper with 99.9% marks in the examination. Successful students are eligible to take admission in JIPMER’s sought after campuses at Puducherri and Karaikal and other reputed medical colleges of the country.

It may be mentioned here that the entrance examination for admission into undergraduate course was held on June 4 to fill 200 seats at JIPMER Puducherry and JIPMER Karaikal. As many as 1,89,663 aspirants had registered for the entrance exam out of which 1,49,450 appeared at 339 test venues in 75 cities. 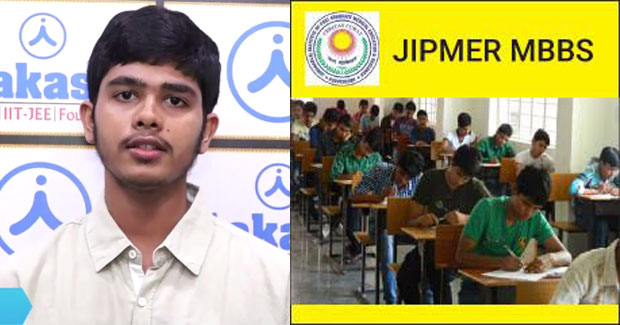