He is currently studying in a private school at Kota in Rajasthan. Five Indian students had participated in the Olympiad, which was held in Bali, Indonesia from December 2-11. Out of the five students from India, Anshuman was awarded gold medal.

Contestants from 73 countries had participated in the Olympiad. This year’s theme was ‘Science For Creative Innovation’.

The International Junior Science Olympiad (IJSO) is an annual individual and team competition in the Natural Sciences for students who are under sixteen years old on 31st December of the competition year. IJSO has been established in recognition of the significance of the Natural Sciences in the general education of young people and in all aspects of their lives.

It is a purely educational event. The competition is held in the first week of December every year, in different countries. IJSO aims to promote and reward the pursuit of excellence in scientific endeavor. 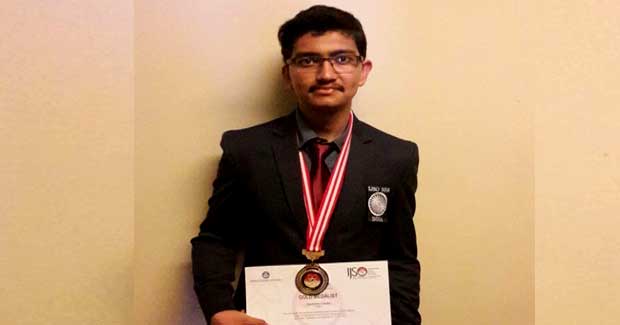