Now Chief Minister Naveen Patnaik also felicitated the young scientist of Hinjili, Ganjam for innovation in the field of agriculture. Device invented by Subhendu is capable of seven different agricultural functions like tilling and sowing.

Chief Minister lauded his creativity and wished him the very best for the future.

His science project, ‘Gift for Farmers’, is an innovative science device which helps in sowing, tilling of soil, sprinkling of pesticides, cutting and processing of the paddy crops.

“I am feeling proud,” said the 14-year-old. His father also shared his joy. “We are very much happy for such a rare achievement of our son,” Subhendu’s father, Shantanu Kumar Sahu, said.

“We are proud for him (Subhendu) to be selected for such an award from the President,” said district education officer (DEO) Sanatan Panda. Hinjili block education officer (BEO) RL Nayak went to the school to interact with Subhendu.

Subhendu had taken part in several extra-curricular activities and received a number of awards at both state and national-level competitions.

While one of his science project made it to the zonal-level science exhibition held in Kolkata, he had also stood first at the state-level creative writing competition organised in Bhubaneswar last year. He also showcased his talent in many drawing competitions and debates.

The National Child Award for Exceptional Achievement is awarded annually to 36 students in the age groups of 4 to 15 years for showing outstanding skills and abilities and achieving exceptional status in the fields of arts, culture, academics, sports, etc.

One gold medal and 35 silver medals are given to the children every year for their outstanding achievement. 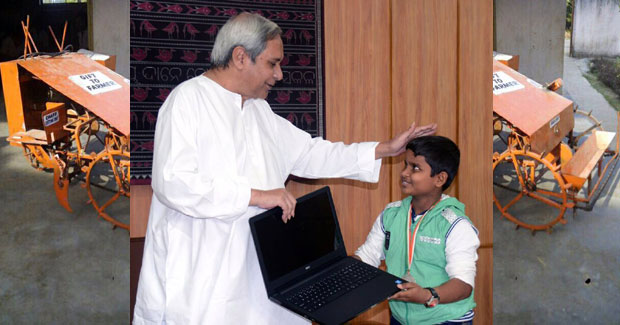