Odisha government rolled out Odisha Aerospace & Defence Manufacturing Policy, 2018 ahead of the second edition of ‘Make In Odisha Conclave’ to be held from November 11 to November 15.

The policy offers a capital subsidy of Rs 1 billion for the first three OEMs (Original Equipment Manufacturers) who set up their manufacturing facilities in the state, committing investments of at least Rs 10 billion and generating employment for not less than 1000 people.

This provision is designed to attract key players to setup units in the state, which in turn will provide impetus for further development of ancillary and downstream units in the state. Other units will be entitled to 10 per cent capital subsidy up to Rs 500 million, as per the policy.

The policy proposes to extend subsidy of up to 50 per cent of the cost of land, building, plant and machinery to the special purpose vehicle (SPV) setting up the first state-of-the-art aerospace and defence park in the state. The subsidy is applicable with a ceiling of Rs 500 million for common facility centre, Rs 300 million for technology innovation centre and Rs 250 million for testing centre established with private sector participation. The policy also provisions capital grants of 50 per cent of the infrastructure cost limited to Rs 100 million for subsequent aerospace & defence parks. 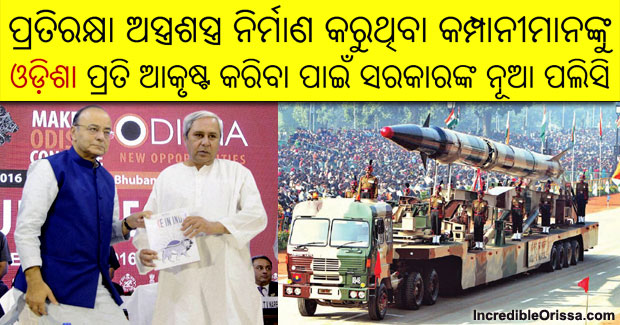