Odisha is likely to get 100 new Eklavya Model Residential Schools (EMRS) for tribals. It is a Government of India scheme for model residential school for Indian tribals (Scheduled Tribes, ST) across India. It was established by the Tribal Ministry, Government of India.

Finance minister Arun Jaitley, in his budget speech, said each block comprising more than 50% scheduled tribes population and at least 20,000 tribal persons, will get an Eklavya Model Residential School by 2022.

Of the 314 blocks in Odisha, 119 blocks have more than 50% tribal population, each having far more than 20,000 tribals. Since the state already has around 20 Eklavya Model Residential Schools, it is likely to get 100 more with Jaitley’s move.

A senior government officer said building 100 new schools and hostels in another four years would require budgetary provision of around Rs 1,200 crore. He said each such school requires capital of Rs 12 crore apart from recurring costs.

According to Census 2011, Odisha has a tribal population of 96 lakh, which is 22.8% of the state’s population of 4.19 crore. Official sources said EMRS is a demand driven project. The Centre releases funds for construction of buildings and recurring costs while the state government provides land and also manages these schools. States can decide whether the schools will be affiliated to the state board or Central Board of Secondary Education. The existing EMRS in Odisha are affiliated to CBSE. 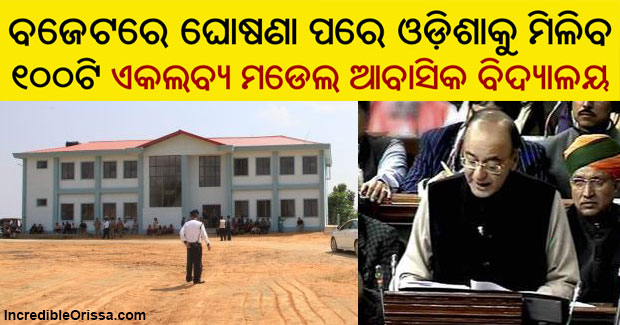