Satya Sutar, a non-resident Odia based in Singapore has announced to donate Rs 1 lakh as a scholarship to the toppers of annual Matric examination under the Board of Secondary Education each year.

The scholarship has been named after the legendary freedom fighter and arguably one of the greatest philanthropists Odisha has ever seen, Utkalamani Gopabandhu Das.

“I was educated in an Odia medium school and I feel that generally, students who get admitted into vernacular medium are economically weaker than the students of English medium schools under CBSE and ICSE curriculum. So I want to help students financially,” said Sutar.

Sutar who hails from a humble family in Keonjhar further added, “The state of Odisha has given me so much in terms of opportunity and education. I am now in a position to give back so I would like to do so. I feel that there is no better cause than to support the higher education of a needy student.”

To mark the occasion, a short inspiring film, ‘The Topper’ about an underprivileged child who commits suicide was released in the Red Cross auditorium at Bhubaneswar. 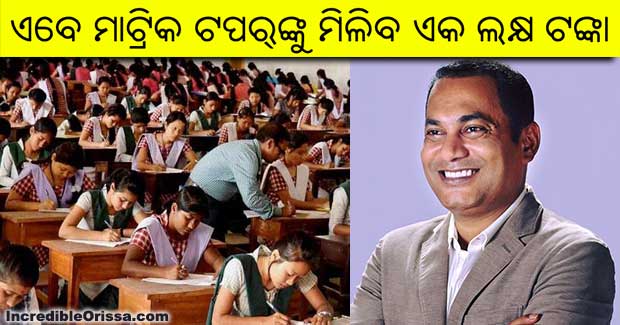