Delhi High Court on Tuesday ruled that just because parents allow a son to live in their self-acquired house does not mean that the son has a legal right to stay in that house.

A son, irrespective of his marital status, has no legal right to live in the self-acquired house of his parents and can reside there only at their “mercy”, the Delhi high court has said.

The court said a son’s stay in his parent’s house is subject to their cordial relations and the parents are by no means bound to bear his “burden” throughout his life.

Delhi High Court dismissed an appeal by a couple, who challenged an order of a trial court that ruled in favour of the parents. The man’s parents — both senior citizens — alleged that their son and daughter-in-law have made their “life hell” and sought a direction to vacate the floors in their possession. 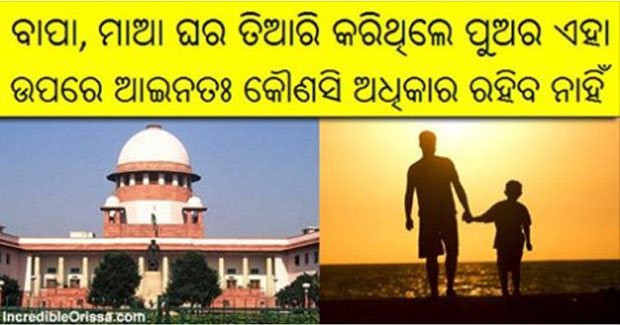