Jharana Sahu of Shriya Women SHG was at her stall when Sonia Gandhi paid a visit to the mela. During her visit, she made her way to Jharana Sahu’s stall.

“I was just excited to see Sonia Gandhi at my stall. She purchased haldi powder from me and thanked all of us. She also enquired about the Kandhamal turmeric and wanted to know how they are grown, collected and processed,” Sahu said.

She also purchased some other products from Odisha stalls. The Odisha government has applied for a GI tag on Kandhamal haladi (turmeric variety). The golden yellow spice, named after the district where it is produced, has been cultivated since time immemorial and is known for its medicinal value.

The main objective behind organising the fair is to give a platform to women farmers and entrepreneurs. It kicked off October 26 and will conclude November 4. Odisha Aerospace and Defence Manufacturing Policy 2018 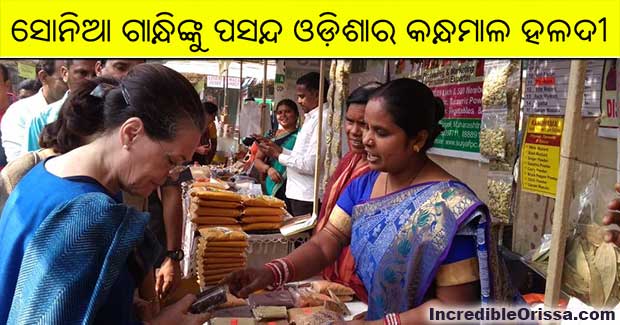