Bhubaneswar Development Authority (BDA) has finalised modalities to come up with its first housing project in public-private-partnership mode under the ambitious ‘Housing for All’ scheme, which the state government launched last year.

The housing project – Nilamadhav Awas Yojna – will be built at Chandrasekharpur. The project will provide houses to nearly 5,000 inhabitants from the economically weaker sections of society.

According to the project proposal, the authority will provide about eight acres to the private developer – of which five acres will be used for the project, while the rest will be given to the builder free of cost. The developer will use the three acres to recover the project cost.

The housing project will mainly accommodate slum dwellers, who now stay at Salia Sahi and Munda Sahi in Chandrasekharpur. “The government should ensure that eligible beneficiaries get houses in the project and also give us proper settlement during the development process. They should also bring in a mechanism for maintenance of the buildings in future,” said a Salia Sahi resident.

According to state housing and urban development department sources, the state government will undertake three such projects at Ghatikia, Nakhara and Pandara to accommodate 20,000 slum dwellers in about 5,000 houses. 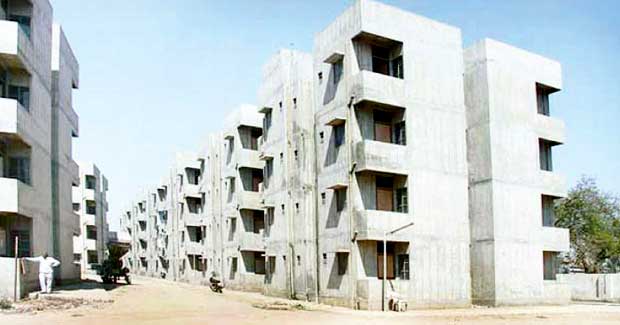