Biju Patnaik completed his early education at the Mission Primary School and Mission Christ Collegiate of Cuttack. In 1932, he got admitted into the intermediate science class of the famous Ravenshaw College, where he was a talented sportsman and headed the football, hockey, athletics and cricket team of the University. He was the sports champion for continuously three years. He studied Aeronautics at the Aeronautical Training Institute of India.

Biju Babu was also instrumental in assisting Indonesia with its bout for Independence from the Dutch in 1947. The same indomitable spirit had him fly to India the leaders of the Indonesian freedom struggle, despite the threat of his plane being shot down by the Dutch Colonial rulers.

An indebted Indonesia conferred the highest civilian award, Bhumi Putra to this valiant personality and even it is heard that the Indonesia government offered a huge tract of land to him which he returned back politely. 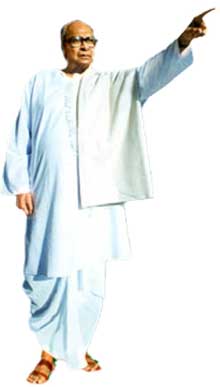 In 1946, Patnaik was elected uncontested to the Odisha Legislative Assembly from North Cuttack constituency. In 1952 and 1957, he won from Jagannath Prasad and Surada respectively. In 1961, he assumed the presidency of the state Congress. Under his leadership, the Congress Party won 82 of 140 seats and Patnaik (representing Chowdwar constituency) became the chief minister of Odisha on 23 June 1961 and remained in the position until 2 October 1963 when he resigned from the post under the Kamaraj Plan to revitalise the Congress party. He was the Chief Minister of Odisha at the age of 45.

Patnaik was close to Indira Gandhi who took over the Congress Party in 1967. However, they clashed in 1969 over the Presidential election. He left the Congress and formed a regional party – the Utkal Congress. In the 1971 assembly poll, his party did reasonably well. Patnaik then re-established contact with his old friend Jayaprakash Narayan and plunged into the JP movement as it picked up momentum in 1974. When the Emergency was declared in 1975, Biju Patnaik was one of the first to be arrested along with other opposition leaders.

He was released in 1977. Later, in the same year, he was elected to the Lok Sabha for the first time from Kendrapara and became Union minister for steel and mines in both the Morarji Desai and the Charan Singh governments until 1979. He was re-elected to the Lok Sabha again in 1980 and 1984 from Kendrapara as Janata Party candidate despite the Congress wave in 1984 following Indira Gandhi’s death. With the Congress defeat in 1989, he bounced back into the political limelight. However, after playing a key behind-the-scenes role in manoeuvring V.P.Singh to the Prime Minister’s post, he again chose to go back to Odisha, and prepared for the assembly election. In 1990 state assembly election, the Janata Dal received a thumping majority (two third assembly seats) which saw Biju Patnaik being the Chief Minister of Odisha for the second time until 1995.

He was re-elected to the Lok Sabha in 1996 from Cuttack and Aska constituencies as a Janata Dal candidate. He retained the latter until his death on 17 April 1997 of cardio-respiratory failure.

Biju Patnaik started his own airline, the Kalinga Airways and in 1947 carried soldiers into Kashmir, when it was threatened from across the newly created border sky. At great risk, he landed the first platoon of troops in Srinagar.

Biju Babu is considered as a pioneer of the industrial growth of Orissa and established a string of industries in mission. He set up the Kalinga Tubes, the first modern Textiles Mills at Choudwar; the first Refrigerator factory at Jobra, Cuttack and a low shaft furnance at Barbil. In 1951, he established the Kalinga Prize for the Popularisation of Science and entrusted the responsibility to the UNESCO.

The following are some of his outstanding contributions:

The Government of Odisha has named several institutions after the name of Biju Patanaik. They include the Biju Patnaik Airport at Bhubaneswar, the Biju Patnaik University of Technology etc. Also his son, Naveen Patnaik made his birthday 5 March as the Panchayat Raj Divas, a holiday in Odisha in his memory. 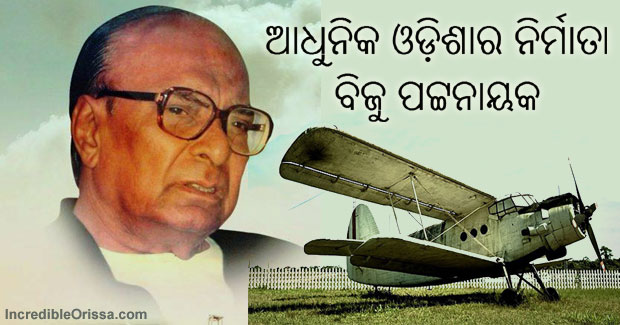