In hilly terrains where four-wheeler ambulance service fails to reach needy patients, the ‘Bike Ambulances’ have come as a bright spot in the ailing healthcare scenario in Odisha’s Kalahandi.

Apart from ferrying pregnant women and ailing children to the hospitals, the ambulances also come to the aid of accident victims by taking them to the nearest health centres, said District Programme Manager of National Health Mission, Abani Ranjan Mohapatra.

He added that the ambulance drivers have been directed to provide their mobile numbers to the pregnant women so that they can be easily contacted during emergency.

“In fact, with launching of bike ambulances, the number of institutional delivery cases has gone up. Considering the demand for this service, the district administration has decided to introduce four more auto bike ambulances in inaccessible pockets of the district,” he said.

ALSO READ: Packing food items in newspapers is bad for our health 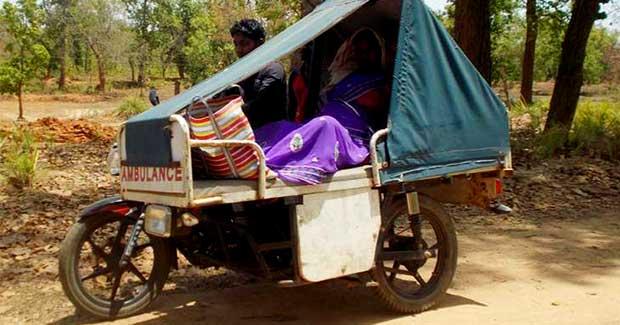