Ace Odisha mountaineer Kalpana Dash (49) died above the balcony area on Mount Everest while descending from the peak.

She was the first Odia mountaineer to scale Mount Everest. She scaled Mount Everest on 21 May 2008, along with a team of five members from the United States, Canada, and Nepal.

According to Meera Acharya, Director at the Department of Tourism, Kalpana Dash, who was a member of the ‘Three Women Expedition’ locally managed by Dreamers Destination Treks, breathed her last near the balcony area while descending from the summit point.

Kalpana along with Kanchhi Maya Tamang from Nepal and Liyamu Ma from China made it to the summit of Mt Everest at around 12:55 pm. “Das, who fell ill on the descent died near the balcony area,” Acharya quoted base camp officials as saying. 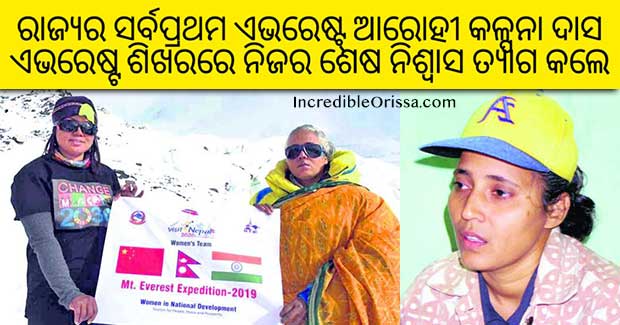