People of Odisha will be able to get the land Patta or Record of Rights (RoR) within one hour of land registration with effect from April 1.

After registering his land at the Sub-Registrar office, one can get land Patta or RoR on the same day in the afternoon, said Additional Chief Secretary and Revenue Secretary Pradipta Mohapatra.

He also said that the Revenue Department would be brought under the Mo Sarkar initiative on February 10.

The department also directed Tehsildars to complete the pending works expeditiously. Leave of the Tehsildars who cannot finish their jobs by February 10 would be cancelled, he warned.

The Revenue Secretary also directed the Plus II and Plus III colleges without land to apply to the Tehsildars to get their land ownership. 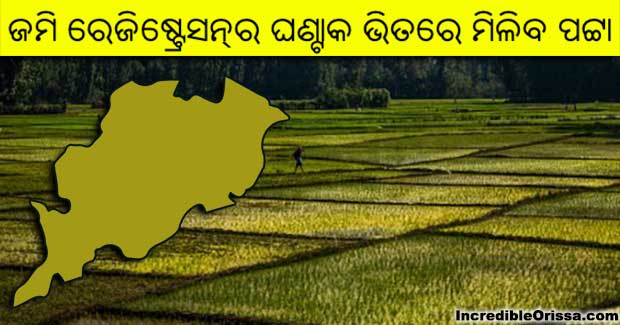 Home > Odia News > Odisha: Land Patta within one hour of registration from April 1