The projects across 15 sectors will create 5.91 lakh additional jobs. The investment proposals will help broad base the state’s industrial growth in Chemicals and Fertilizers, Petrochemicals, Food Processing, Healthcare, Renewable Energy and Electronics.

“Odisha government will extend all possible support to the industries and we are committed for grounding of the investment intents before the next Make in Odisha conclave which will be held in November 2020,” said Patnaik.

The second edition of the event held in Bhubaneswar saw participation of 5,074 industry leaders and delegates and 31,806 people visited the industrial expo set up by the state during the event for which Japan is the Partner Country. 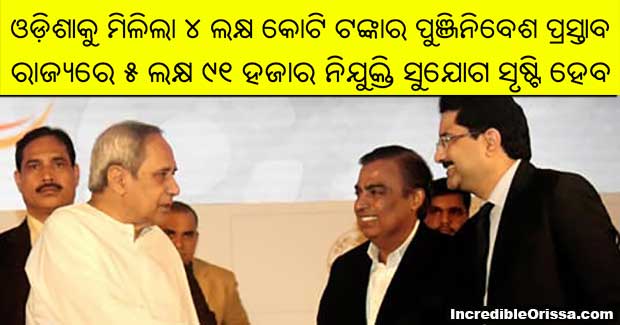