Amid suspense and speculations over the killing of a large number of sheep by an unidentified mysterious animal in Niali area of Odisha’s Cuttack district, an Odia album song has been released entitled Mendha Marila Kie (Who killed sheep).

Composed by Manas Kumar, the satirical song has been sung by Baibhav and lyrics penned by Bikash. Listen the song here.

Interestingly, the song takes a dig at the youths who circulated morphed photos in social media claiming it of having connection with the sheep killing incident.

The sheep mass killing incident at Niali has now come under the scanner of Odisha Human Rights Commission (OHRC). The commission on Wednesday sought report from state government about measures taken to protect sheep and other domestic animals from the attack of alleged unknown creature in Niali and initiatives taken to wipe out fear from minds of locals affected by the incident. 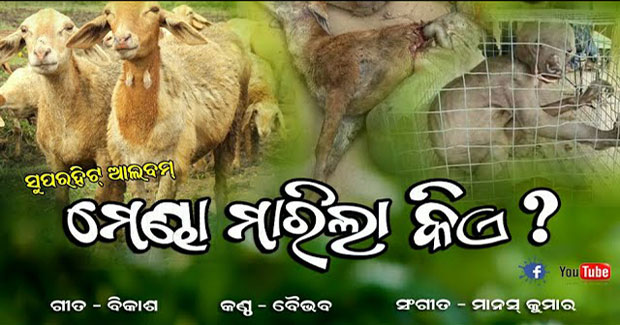