With the objective of presenting the talented pool of people living in Odisha and Odia culture to the world outside, Mohapatra decided to make a movie that will have a team, both cast and crew, of all Odias. Produced under the banner of MDFA Films, Mohapatra is planning to release the film ‘Pankh Armaano Ke’ by February 2017.

The concept of the film is based on a child’s perception about Odia culture and Odissi dance influenced by his grandmother. Child actor Omm Mohapatra is playing the protagonist of the film while music has been composed by Voice of Odisha fame singer Kuldeep Pattnaik. The film will be sent to all the festivals including Cannes, said Mohapatra who has been working in the entertainment industry in Mumbai for the last 25 years.

Sanjeev Mohapatra was born at Dhenkanal, Odisha, as the eldest son of Sudarshan Mohapatra and Labanyabati Mohapatra. He completed his education in Navodaya Vidyalaya Hadagarh, Keonjhar and Odisha. Then he moved to the Film and Television Institute to complete his professional qualification on cinematography. After completing the course he moved to Mumbai and started his career as a cinematographer.

After making his first Odia short film ‘Faded Rainbow’, Mohapatra has since then made more than 250 documentary and short films. He also worked as Director of Photography (DoP) in Odia film Swayamsiddha, Bhaunri and College Time and received accolades.

He is currently working as DoP in Hindi film ‘Brina’ with a big star cast. Sanjeev Mohapatra who has also worked with popular tele serials Savdhaan India, Crime Patrol and Shhh… Koi Hai, has established the Mumbai Digital Film Academy in Mumbai. 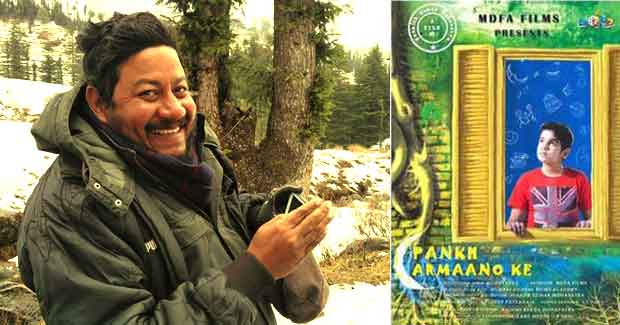