The first look of the Odisha-born film producer and promoter Jitendra Mishra’s new film ‘The Last Color’ was released during the official opening event of Cannes Producers Network during the 71st Cannes Film Festival, scheduled from May 8 to 19.

He has collaborated with Michelin Star chef Vikas Khanna to produce the feature film. The film’s teaser was launched in the presence of the Ambassador of India in France Vinay Mohan Kwatra, Executive director of Marche du Films Jérôme Paillard and more than 500 producers, distributors and festival organisers from across the world.

The TEASER of #TheLastColor.
Proud to have showcased it at producers opening night @Festival_Cannes
There was silence even after the TEASER ended. Thank you all for this humbling experience. Yours truly Vikas n @Neenagupta001 ji. 💗💗💗 pic.twitter.com/8DTw3h8sy2

Jitendra Mishra had collaborated with Vikas earlier as the co-producer of a film on his life journey – Buried Seeds – which was directed by New York-based filmmaker Andrei Severny. This time, he has been the producer of Vikas’s directorial debut feature film along with other producers Bindu Khanna and Poonam Kaul.

The Last Color is based on a book of the same name that Vikas wrote some years ago. The 90-minute film stars actor Neena Gupta and the plot revolves around the Supreme Court order against an age-old tradition of not allowing widows in Vrindavan to play Holi.

Born in Titilagarh, Mishra is now working on promoting children’s films from the state. “It is very unfortunate that filmmakers from the state take no interest in producing films for children,” said Jitendra Mishra.

He has also been associated with other films such as I am Kalam, Aaasma and Chausar. 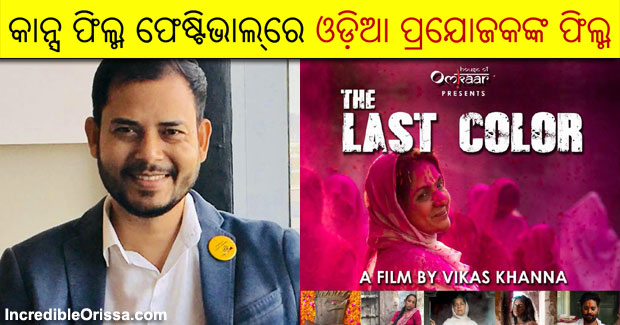