Softbank is one of the largest investors in the Indian mobile and consumer internet market, and counts online marketplace Sanpdeal and cab hailing app Ola as portfolio companies.

Eldest son of late Mahesh Chandra Misra and Maya Misra and a native of Bhoisahi in Balasore town, Rajeev is considered the first Odia to hold the position of a top executive in a multinational company like SoftBank Group Corp.

While his appointment has become the talk of the corporate world, his family members back home are proud of his achievement. “I am delighted and overwhelmed. I am thankful to God for the feat he has achieved. This is the result of his dedication, hard work and passion,” said Rajeev’s mother over phone from New Delhi.

Prior to his new assignment, Rajeev served as Head of Strategic Finance at SoftBank Group Corp for nearly two years from November 3, 2014.

He joined SoftBank in November, 2014. Earlier, Rajeev had spent five years at UBS as the Global Head of Credit and Head of Fixed Income, Currencies and Commodities in Europe, Middle East and Africa.

He also served as the Head of Credit Derivatives and Chief of Global Credit Trading at Deutsche Bank AG. Rajeev did his schooling at Delhi Public School, New Delhi and pursued Chemical Engineering in IIT-Delhi for a year before switching over to Pennsylvania University, US where he completed his graduation in Mechanical Engineering and MTech in Computer Science. Subsequently, he completed his MBA from Sloan School of Management, a business school of Massachusetts Institute of Technology (MIT) after which he joined Merrill Lynch. He is in the board of both University of Pennsylvania and MIT.

He has also set up a charity ‘Vahani scholarship’ to fund underprivileged students’ studies abroad. His uncle Prakash Chandra Mishra said Rajeev has made the State proud. His father had worked as vice president of Escorts limited and was associated with IBM in the late seventies while his mother worked in a renowned media house. Rajeev’s wife Shalini Misra is a London-based architect. 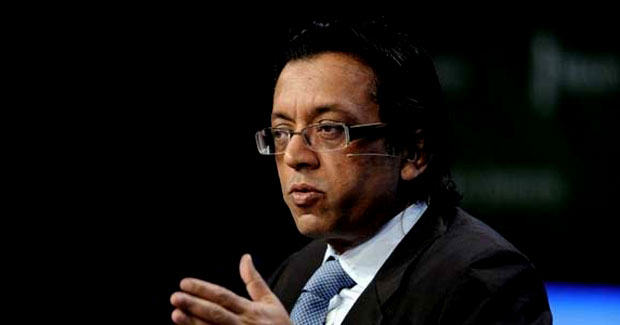