The Odisha government said it would celebrate the 150th birth anniversary of Mahatma Gandhi (Gandhiji Jayanti) for two years starting from October 2 this year.

“Achieving independence was not the sole aim of Gandhiji. He had the prime objective to develop the fundamental value in Indian society. Gandhiji’s two mantras – truth and non-violence – have relevance in the present-day society,” said the Chief Minister.

As part of the celebration, the state government has planned to identify one Kasturba Adarsh gram panchayat in all 314 blocks where programmes based on Gandhian ideology will be conducted.

Initiatives like achieving 100 per cent literacy, ensuring zero school dropout, mutual solution of village disputes, improving sanitation, development of cottage industry and promotion of women self-employment would be taken up in these gram panchayats.

As Gandhiji had visited several places across Odisha eight times during his lifetime, the state government would set up a Gandhi Circuit by developing places visited by Gandhiji. Also, a grand meeting will be organized in Cuttack on March 23 to commemorate Mahatma Gandhi’s maiden visit to the state on March 23, 1921.

To popularize Gandhian ideology among students and youths, seminars will be organised in schools, colleges and universities. Besides, schools on Gandhian thought will also be set up in various state varsities.

A special session of the state assembly is also planned to discuss principles and ideology of Gandhiji. The Eternal Gandhi Peace Centre near Khandagiri jointly developed by the state government and the Aditya Birla Group would come up in January, next year.

It would impart knowledge on non-violence. The project involves installation of a life size statue of Mahatma Gandhi with interactive multimedia show relating to the teaching of Mahatma Gandhi, official sources said. 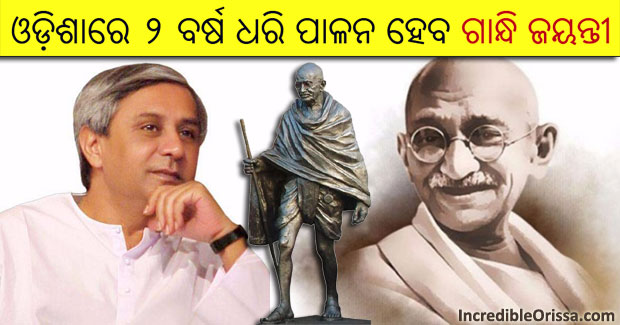