National Award winning director Ujjawal Chatterjee will make a film on the extraordinary feat of 12 tribal boys from Odisha who won the under-14 rugby championship in London.

Jungle Crows, the rugby team from Odisha, had surprised everyone by beating teams from 10 countries to win the laurels in London. What had left everyone surprised is that all the 12 boys had learnt to play the game in a span of just 10 months.

Children’s Film Society of India (CFSI) has come on board to co-produce the film which will be shot in Kolkata, Bhubaneswar and London. Actor Mukesh Khanna, the chairperson of CFSI, has already approved this script of ‘Jungle Crows’.

“The boys didn’t even know about rugby and yet they went on to defeat ten other nations and win the cup. It is an inspiring script and when I read it, I knew I had to make it. It is good that such a motivating piece was penned by a journalist,” Khanna said.

If all goes well, shooting for this joint venture should begin in the last week of November. “The film should have a budget of Rs 4-5 crore,” Khanna said. Chatterjee is, of course, excited about the project. 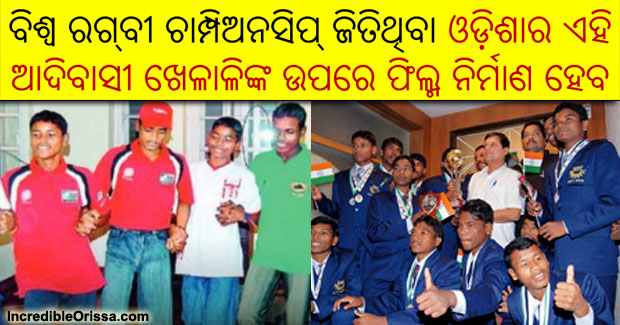