West Bengal won on Tuesday a two-and-a-half-year-old bitter battle over Rasagola as the Chennai-based Geographical Indications (GI) Registry announced that one of India’s signature sweets originated in the state and not Odisha.

West Bengal Chief Minister Mamata Banerjee celebrated the news with a tweet saying: “Sweet news for us all. We are very happy and proud that Bengal has been granted GI ( Geographical Indication) status for Rosogolla.”

The battle intensified in 2015 when Odisha’s science and technology minister Pradip Kumar Panigrahi told media that more than one committee set up to trace the origin of the syrupy sweet pointed to ‘conclusive evidence’ that Rasagola existed in the state for about 600 years.

The West Bengal government quoted 19-century history to claim Rasagola was invented by Nabin Chandra Das, a famous sweetmeat maker, in 1868. Odisha, on the other hand, said historical research proved ‘Rasagola’ originated in Puri. Its first avatar was ‘kheer mohana’, which later evolved as ‘pahala rasagola’.

“We will scrutinise the GI order. I shall hold a meeting with the ministers of Odisha government as well as with my party leaders to decide the future course of action. The door of the courts is always open,” Biju Janata Dal legislator from Puri, Maheswar Mohanty, said. 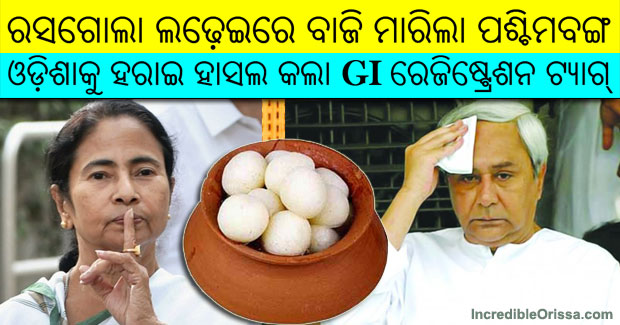