The Puri beach in Odisha has received the ‘Blue Flag’ certification and becomes the first beach in Asia to get the certificate.

Federation of Environment Education (FEE), a Denmark-based organization, gives the tag to environment-friendly and clean beaches which are equipped with amenities of international standards for tourists.

The stretch of the Puri beach from Gandhi Ghat to Hotel Mayfair has been identified to be developed as per the Blue Flag standards.

The Blue Flag certification to Puri beach will further boost its tourism potential. The construction of boundary from Gandhi Ghat to Hotel Mayfair will begin from Sunday. A Bangalore-based company has reportedly been given the tender for the construction work.

According to the Ministry of Forest and Environment, besides Puri, a total of 13 beaches in India will now have environment-friendly resources to transform them and bring them to international standards. All these beaches will also get the Blue Flag certification.

READ: Mrutyunjay Mohapatra from Odisha is the new IMD chief 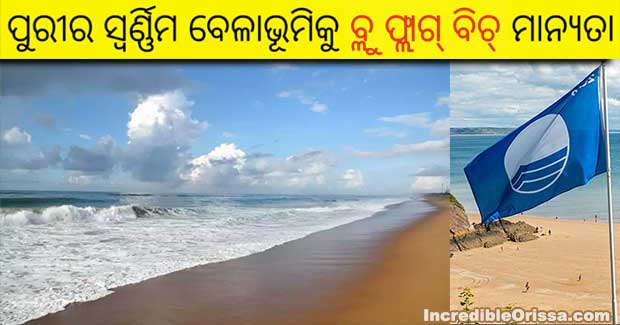