Watch this very rare video where Odisha Chief Minister Naveen Patnaik is talking with a roadside fruit seller in clear Odia language about sweetness of mango in Bhubaneswar.

He gets down from his car and adorably says, “Aamba” (Odia for mango) and we can’t help but go “Aww” at his accent and enthusiasm for the delicious king of fruits, (keeping the clichéd criticism, Odisha-CM-not-well-versed-in-his-mother-tongue aside for just one minute). He asks the vendor if he washes the mangoes before giving it to the customers, to which the latter replies with a yes. The CM even politely jokes with the vendor if he is speaking the truth.

Naveen Patnaik, a politician who has never sat in the opposition bench ever since his entry into politics in 1997 after his father Biju Patnaik died. He was a part of the ruling coalition. He became a Union minister (1998-2000) and since 2000, he has been ruling Odisha.

He is fluent in French but cannot speak the state’s native language, Odia.

Meanwhile, at his inability to speak Odia at a rally in his family bastion of Aska, many elders giggled as Naveen Patnaik read out from a written speech. But they say, “Never mind his speech. We need someone who can deliver.” 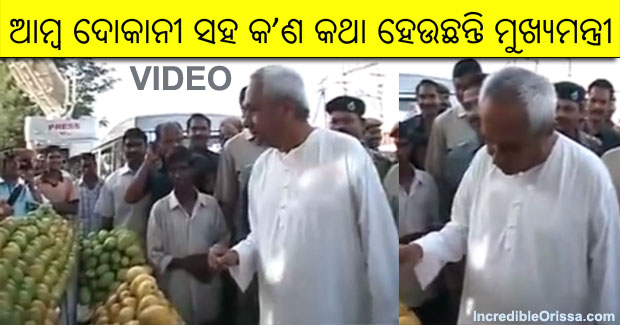