EnewsOdia released Shakti Mishra’s new bhajan song for Ratha Yatra 2018 ‘To Ratha Gade Badadanda Re’, which is composed by Kumar Sarat and written by Kanhu Charan.

ALSO WATCH: This is Maya Re Baya song by Papu Pom Pom and Sabyasachi

The song ‘To Ratha Gade Badadanda Re’ is a beautiful Ratha Yatra bhajan, sung by Shakti Mishra, composed by Kumar Sarat and written by Kanhu Charan. 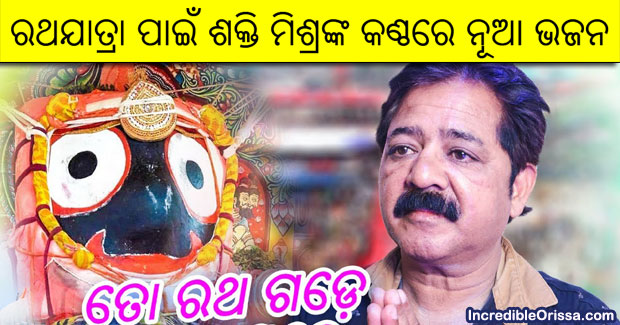