The only zebra at Nandankanan Zoological Park in Bhubaneswar was found dead inside enclosure number 34 (A) on Monday morning. The deceased male zebra was brought with four other zebras from Israel’s Tel Aviv zoo in September 2015.

Though the reason behind the death of the animal is yet to be ascertained, zoo authorities suspect that lightning last evening claimed the life of the 2.5-year-old-zebra.

As per a release issued by zoo authorities, there was no symptom of weakness and the movement of the animal was normal.

The reason for the sudden death of the 2.25-year-old zebra couldn’t be ascertained. The carcass of the zebra has been sent for postmortem. 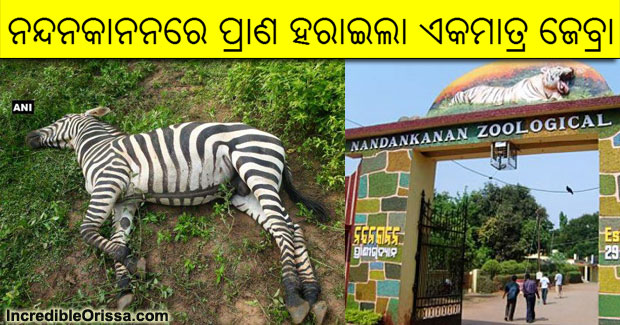