The population of albino crocodiles in Odisha’s Bhitarkanika National Park has registered an astonishing rise this year. Forest officials have sighted 12 albino crocodiles during the seven-day long crocodile census from January 3 to 10.

Apart from Gori, the 43-year-old albino crocodile which resides in a pen in Bhitarkanika, the Forest officials have sighted around 12 such albino reptiles of which seven are more than 18 feet in length. Three giant crocodiles, which are more than 20 feet long, have also been sighted in the water bodies of the park, said Dr Sudhakar Kar, a former crocodile research officer of Forest and Wildlife department of the State who led the 20-member team for the census. 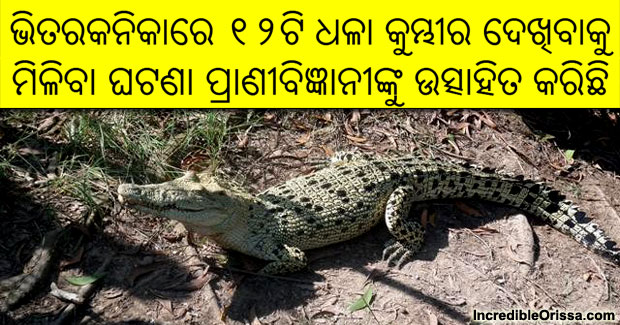