Chief Minister Naveen Patnaik inaugurated ‘Bhubaneswar Operations Centre’ along with Bhubaneswar Smart City Office at BMC Bhawani Mall. It is a first-of-its-kind centralized command and control centre which will monitor, operate and control existing services of the city.

The state-of-the-art centre includes a massive video wall of more than 80-foot length and will be used to monitor the large volume of close circuit television (CCTV) footage and highly sophisticated sensor data.

It will also keep an eye on grievance redress system. The centre will provide a digital platform to integrate multiple city sub-systems including parking, public transport, and common payment card.

The chief minister also inaugurated six smart parks at Saheed Nagar. Four of these colony parks, located on a single stretch, but separated with by-lanes, were taken up for re-development as a single active play-cum-activity space, especially for children. It has facilities like open air art gallery, open air amphitheatre, splash park, watch tower, kids play zone, half basketball court and open air gym. It has four theme zones- Get Creative, Get Rest, Get Smart and Get Wet.

ALSO READ: Tata Trust to set up a Greenfield Hospital in Bhubaneswar 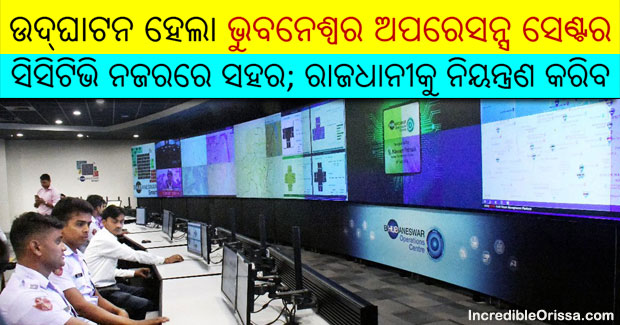