The Odisha government on Tuesday put 15 of the state’s 30 districts on alert for Cyclone Bulbul after an alert was sounded on November 4.

It is likely to intensify into a deep depression shortly and into a cyclonic storm on Wednesday, IMD Director General Mrutyunjay Mohapatra said, adding, chances of the cyclone hitting the Odisha coast are very low.

The system is expected to move west-northwestwards initially and then north-northwestwards, towards West Bengal, adjoining Bangladesh and north Odisha coasts, Mohapatra said. “However, the exact direction the cyclonic storm will take and possible location of its landfall is yet to be ascertained,” he said.

Under its impact, squally winds with speeds reaching 40-50 kmph and gusting up to 60 kmph is likely to prevail over northwest Bay of Bengal off Odisha-West Bengal coasts from the evening of November 8 and gradually increase thereafter.

“We have put 15 of the state’s 30 districts on alert in view of the possible heavy rain,” Special Relief Commissioner (SRC) and Secretary, Revenue and Disaster Management, P K Jena told reporters.

“The cyclonic storm may not touch Odisha coast. There is no clear indication of cyclone threat to Odisha coast as of now. As per the data available with us, the system is most likely to move towards West Bengal and Bangladesh. I would appeal to the people not to panic and whenever there is information on the possible cyclone we will inform. We advise the people not to panic and resort to buying generators or inverters,” said Odisha’s special relief commissioner. 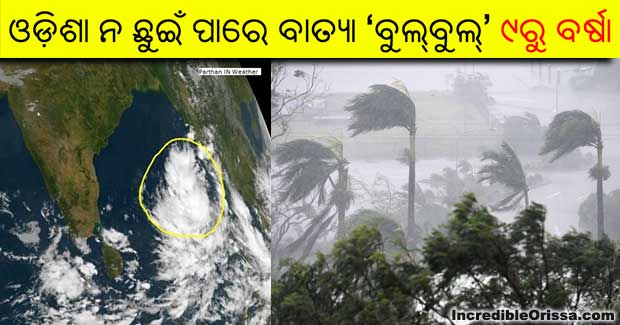